There are endless click-bait articles circulating online with titles like, “Should Straight Actors Be Allowed to Play Gay Roles?” but they are asking the wrong question.

In fact, the entire question surrounding “Casting Gay Roles” needs to be reframed. We are, as queer-identifying persons, one of the few marginalized groups that continue to see our stories told by people who are not a part of our community. Do we as a community (or even a society) truly understand the historical lack of opportunities for Queer people in film, overall?

It’s very clear that there is not enough representation regarding LGBTQ+ characters, even now, and of the few queer characters that have been created, most of the bigger, better-paying roles are few and far between, and it’s important to mention those roles almost always go to people who are not LGBTQ+.

To be very clear, straight people get more roles, yes, and it’s not because straight people are better actors. It’s because a specific bias still exists, and is too-seldom called by its name: Homophobia.

Homophobia is not just violent hate crimes and slurs… It doesn’t always appear obvious, either. Oftentimes, homophobia manifests as catering to the ideals of straight men. But this isn’t just about straight men. This is about everyone (both behind-the-scenes and buying tickets). People of every gender and sexuality. Literally, everyone involved needs to actually spend time considering and self-interrogating their own homophobia and unconscious biases.

Generations of gay people have grown up only ever seeing themselves through the interpretations of heterosexuals in media. That’s just the truth.  And that can and has had an effect on not just how we see ourselves, but how others see us; there’s an insidious way that too many heterosexuals convince we gay folks that “the best kind of gay person is the one you can’t tell is gay,” and there will always be those sad gay men who reject and resent any perceived “identifiable gayness” in others and (especially) in themselves –  it’s called “Internalized Homophobia” for a reason.

The documentary “Scream, Queen! My Nightmare on Elm Street” shows exactly how homophobia derailed the promising Hollywood career of Out gay actor, Mark Patton (“A Nightmare On Elm Street 2: Freddy’s Revenge”) in the 1980s.

The media frenzy and ratings fallout of Ellen Degeneres‘ top-rated 90s sitcom after her character “Came Out” dealt another blow to the vanguards in our community who were fighting against an oppressive system.

Actors were pressured and even contractually obligated by agents and studio bosses to remain “Closeted”, all while some gay-themed productions could be made, most often without the onscreen contributions of Out gay people. For a long while, those straight actors were touted as being “brave” for taking on those gay roles at the risk of their careers, and for their time it was brave, but not nearly as brave as actually having to Come Out. Straight actors are rewarded for their portrayals of queer people while actual queer people who live these experiences continue to be shunned.

Whenever the topic of authenticity in casting gay roles comes up, there are a few tiresome non-arguments that always get tossed around, and it’s best we address them now so we can stop wasting time on them later.

The first is, “Does this mean only straight actors can play straight characters?”

The answer is No. This is simply because there is no lack of straight characters in media and zero historical discrimination/stigma against straight people based on their being straight. This is an inapt comparison as there never has been nor will there ever be a shortage of roles for straight characters, so straight actors aren’t going to be losing out on anything. These “tit for tat” hypotheticals are not applicable and should stop being repeated. This is about equity, which requires a deeper understanding, rather than simply trying to leap right to “equality.“ It’s a big topic, worthy of nuanced discussion, that requires the understanding that equality only works when everyone has the same opportunities.

The next is, “It’s called acting!”  I have literally no idea what point people think they’re making when they say this, but they are choosing to ignore the misrepresentation of marginalized identities that has long been an issue in the industry.  The racist practices of Blackface and Yellowface, for instance, were also “acting”, and yet thankfully most of us have made the great mental leap to understand just how harmful these practices were/are and why they’re not to be done anymore.  “It’s called acting for a reason!” Is not the argument that people seem to think it is; it’s an entirely meaningless buzz-phrase that further silences LGBTQ+ voices.

Another really common rebuttal is, “It should be about the best actor for the role.” Sure, but miscasting happens all the time. Many actors have built entire careers despite having never actually been “the best actor” for many of the roles they’ve played.  Terrible casting choices still happen, regularly, so it’s a bit preposterous to pretend that suddenly everyone claiming to care about “talent” or being “right for the role” only brings up that defence when the topic is about showcasing authentic actors (who by representing their own marginalized communities, are uplifting those very communities).

I have worked in the industry for more than twenty years. As a performer who’s also often behind the scenes in casting, I can attest that homophobic bias is very real. I have seen tremendous auditions by LGBTQ+ actors get completely ignored while passable-but-handsome actors (continue to) nab roles based on their perceived sex appeal as opposed to their talent. We are now also seeing woefully inadequate people being cast in film and TV roles due solely to their “social media following,” not their skill sets as an actor. This is and has been happening!  I have seen, over and over and over again, makers of art wanting their gay characters to be indistinguishable from straight ones.

This goes for gay talent in the industry, as well. There are (too) many gay filmmakers who seem entirely unable or unwilling to work with actually gay actors, even in projects about being gay! Is this because those gay filmmakers truly felt NO gay actors that came in were good enough for the roles? Or could it be that some of these filmmakers never got over their adolescent crushes on straight white boys? Why is it that some filmmakers continue to only ever populate their stories of gay males with straight male actors?

Roland Emmerich, who made the execrable “Stonewall” (without question the lousiest film I’ve ever seen purporting to be about our liberation movement), revealed his own internalized homophobia while defending that film’s abysmal reception:

“You have to understand one thing: I didn’t make this movie only for gay people, I made it also for straight people,” he said. “I kind of found out, in the testing process, that actually, for straight people, [Danny, the lead character] is a very easy-in. Danny’s very straight-acting. He gets mistreated because of that. [Straight audiences] can feel for him.”

Firstly, No self-respecting gay person uses the term “straight-acting.” This is a term that inherently perpetuates rigid ideas about how gay men should behave and are perceived.

Secondly, The true story of “Stonewall”, the Stonewall riots,  is about the most marginalized members of our community fighting back against oppression, and the film’s gay filmmaker chose to create a fictional “White MuscleBoy” hero… On top of that, he cast a straight, white, muscled boy in the role and directed him to embody none of the gay/queer *isms* that lead so many in our community to being “Othered.” It’s inexcusable.

Thinking back, the single most impactful experience I ever had in a movie theatre was seeing John Cameron Michell’s “Shortbus.” Here was a film where actual LGBTQ+ people played LGBTQ+ characters.  And the plot wasn’t about “coming out,” or dealing with overt homophobia, or killing ourselves, or dying of disease, or being unloved and dying alone sniffing our dead lover’s sweater in a closet.

No. It was about our lives: our love, our sex, and how we manage to navigate the emotions that tie all those things together. I wept when it was over. For the first time, I saw a film that wasn’t for straight people. A film that didn’t give a fuck whether or not “the straights” saw it or understood it or approved of it.

“Shortbus” was a film populated with people that looked and spoke and gesticulated and laughed and cried like me, like my friends. FINALLY! We weren’t pitied. We were fully fleshed-out – joyous, flawed, melancholy human beings.  I had hoped, at that time, that it would signal a shift in gay and queer cinema, and yet, in the fifteen years since “Shortbus” was released, we continue to get gay films that center us as pity-figures, where we continue to be played by the “Straight White Man” whose portrayals are so devoid of the many varying forms of Identifiable Gayness/Queerness – the very things we learn to recognize in ourselves and each other, all from our ongoing interactions as a community. We can’t erase that, it’s who we are.

It reminds me of the recent remake of “The Boys in the Band,” which has an all-queer cast, which helps bring beautiful shadings to the characters.  It is an extraordinary and layered piece of work. Or the recent casting of gay non-binary actor, Misha Osherovich, in the gloriously queer 2020 horror-comedy “Freaky.” I see some signalling of positive change coming through; when you cast a gay actor to play a gay character, they can offer a portrait that embodies the genuine mix of behavioural traits and mannerisms that we gay folks can identify with ,without crossing over into the cringe-territory that James Corden so undesirably brought to “The Prom.”

So the question is not, “Should straight actors be allowed to play gay characters?” But rather, “How well do you understand the nuances of cultural homophobia and the lack of opportunities for LGBTQ+ people in media?”

Every day, more and more LGBTQ+ people are “Coming Out” and younger generations aren’t hiding anymore. Our community is not going to allow ourselves to be put back in the closet.

And while there have been wonderful performances by non-gay actors playing gay roles over the years, there are also incredible performances the world never got a chance to see because tremendously talented gay actors weren’t even given a chance.

We don’t need straight people being used to “de-stereotype” us in media; we need the gloriously diverse people of our communities to be seen.

Post Script: On the parallel, but an entirely more urgent problem altogether is the film and television casting surrounding cis actors in trans roles. It’s a huge problem; Writer/Producer/Activist Jen Richards offers perhaps the most important aspects to consider in regards to how vital it is to cast transgender characters with transgender actors. 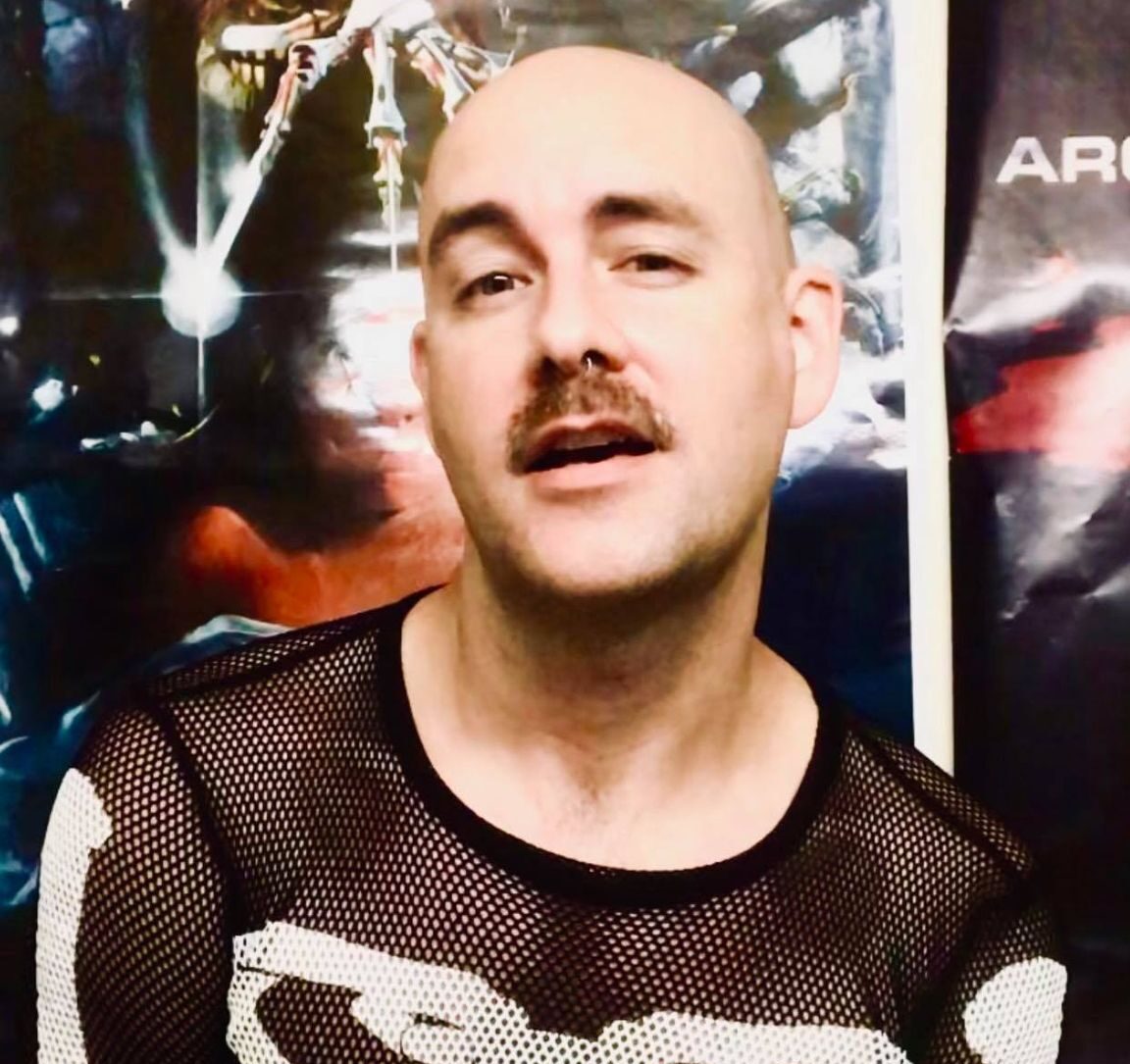 Raymond is a performer who's worked on stage and screen productions for more than 20 years. An occasional writer, his essays on Queer life have been published by numerous outlets including Next Magazine and the Huffington Post.
Previous post