Disney has found their Ms. Marvel! The daughter of a Pakistani-Muslim immigrant from Markham, Ontario, eighteen-year-old Iman Vellani, will officially be playing Ms. Marvel aka Kamala Khan; a Pakistani-American Muslim teenager that grew up in New Jersey and develops superpowers including the ability to shape-shift and extend her limbs.

This marks Marvel’s first Muslim character to star in their own live-action title! Ms. Marvel first appeared in the “Captain Marvel #17” comic as Marvel’s first Muslim character and will now become Marvel Studios’ first onscreen Muslim hero. “Ms. Marvel” will be featured as an upcoming television series on the Disney+ streaming service and Kamala Khan’s character is said to be included in future Marvel films, including the upcoming TV shows “Avengers Assemble” and “Marvel Rising: Initiation.”

This is great news for Middle Easterns and Muslims in North America who are finally portrayed as superheroes rather than “terrorists” or “Muslim extremists.” We finally get a peek into the world of a Muslim-American teen who balances her superpowers along with her culture and religion.

This time, the Muslim character will not be using their power to aid a terrorist group nor be portrayed as an obedient Muslim, and it’s great to see Vellani represent a positive, everyday Muslim experience.

Ms. Marvel, however, is a superhero that feels, acts, and looks like a teen girl who’s going through her everyday teenage struggles. Throw superpowers into the mix, and we have a recipe for success!

While it is important that Villani is representing the Muslim experience, we find it just as important to actually see casting decisions like these from big studios like Marvel. Visibility is important. The representation is crucial. And it’s the normalization of roles like this that will continue to open doors for more projects like Ms. Marvel. Especially at a time where things feel anything but united.

This way, fans of all backgrounds and creeds don’t have to wait so long to see themselves in the heroes on screen. 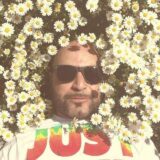 Monty T. is the co-founder of MoJo Toronto.
Previous post

Poetic Voices: “Where Is Home” By Lama Ahmed