Before the age and wave of Covid-19, there was one thing I could always count on when I entered Toronto’s Church and Wellesley LGBTQIA Village, and that was, of course, seeing a spectacular Drag show! For the past eight years, I would walk down Church Street and into one of the colourful bars to see one of the many talented performers give us everything they had on stage. Being someone who works in film and theatre, I have always loved watching an array of live talent and seeing different styles of performing, and I’m excited about spotlighting three of my favourite Drag Kings in my very first exclusive interview for MoJoZine.

Please welcome to the page… Clint Lyckher, Manny Dingo and Alexandher Brandy! Three of Toronto’s most exciting performers, no doubt! And while they are every bit as exciting as their royal Drag Queen peers, the life and experiences of a Drag King are just different from Drag Queens, so I wanted to dive deeper into their personal journeys and experiences to help the community understand the very real struggles that come with that.

Enter the humorously named, Clint Lyckher! The very first Drag King I had seen perform in Toronto. I was later introduced to Clint (aka Michael DiFruscio), who’s originally from St. Catherines, Ontario – “but baby Clint grew up in Toronto,” as he says. Let’s also welcome to the main page Manny Dingo (aka Joee Smith), a red-hot performer who hails from Dartmouth, Nova Scotia, but always says Manny Dingo is from “Haliwood”/Halifax! And finally, Alexandher Brandy, a kind and hard-working performer who bounced around throughout his young life, living in both Georgia and Russia and then London, Ontario, where he says he “started doing Drag and learning about his queerness.”

All three of these performers had a journey to the stage, and both Alexandher and Clint previously worked in theatre production with Clint also working in television for a while. Manny went to school at SMU in Halifax to study Criminology and says he “never wanted to perform live and always avoided it.” Through the first years of being in Drag, Alexandher would never perform… A theme I couldn’t ignore.

When asked why Alexandher wouldn’t perform, he says it was because he “loved the process of becoming a man and was content for many years just playing dress-up.” So it was Clint who was the first one bit by the performer’s bug, initially attending Randolph Academy for the Performing Arts with formal training in singing, acting and dancing! If you’ve ever been lucky enough to see a Clint Lyckher show, this training is beyond evident.

I wanted to know who these amazing and dynamic performers are influenced by before catching the performing bug themselves, and as a fan of the performance arts myself, seeing it live can be a changing experience. For Alexandher, Gay Jesus’ show at The Beaver on Queen West in Toronto was the first Drag King show he saw live. Alexandher says he’d been “following Jesus online for years and was a big fan of their style of GNC (Gender Non-Conforming) Drag.”

Clint Lyckher’s story involves a night out at Crews and Tangos on Church Street where the Toronto Drag Kings, at that time, had a show on the stage in the venue’s back bar. “I remember seeing them thinking, ‘Wow, that looks like a blast’ and I decided one night to get up there on stage myself and let me tell you, I danced the house down… The rest is history,” he said laughing.

Manny Dingo was working the coat check at a bar in Halifax when he saw his first Drag King performances. “I had so many questions to my coworkers who knew why there were AFAB (Assigned Female At Birth) folks on stage,” he says. After Manny got to meet them and become more curious, he decided to go for it himself, and are we ever glad he did!

You would think that as it goes, performers are inspired and apply their own creativity into a craft, but just like any other live performers, there are constant struggles that Drag Kings are faced with, arguably even more than other performers – whether it pertains to being on stage or off.

Drag Kings, I’ve learned, have their own particular set of obstacles. As a frequent audience member and fan of the craft myself, I have noticed a lack of representation of Drag Kings in the bars and shows. But instead of assuming or formulating our own opinions on why this is occurring, I asked the interviewees their thoughts on the subject, and they have a lot to say.

Clint Lyckher starts his response by painting a picture of how it used to be: “The Toronto Drag Kings had their set shows in the back of Crews & Tangos once a week, plus their weekly show at Zipperz. However, both shows were cancelled, as Zipperz sadly closed so a condo could be built and Crews & Tangos closed down for a while before changing ownership; I was the first paid Drag King with a paid show at Woody’s, and that was an incredible landmark, but I busted my ass to get there!  I was also the first Drag King to have a paid main stage weekly show at Crews & Tangos, which was also an incredible accomplishment,” he says. “I also had my own weekly show at Church on Church, which I had control of my guest so I got to actually book the entertainers I wanted to work with.”

Then, a shift occurred. With a new age of patrons, Drag Kings were beginning to be filtered out of shows. “Audiences coming to see Drag shows in the Village hadn’t been exposed to Kings, and they were confused by the presence of male energy on stage…” Clint says. “I was the last one standing with a weekly show, but with the shift of patrons, I learned location might be a factor as well.”

Alexandher shed some light on this fact as well, saying that (from his experience), he’s “actually seen more representation of Drag Kings and Gender performers per ratio in shows from smaller cities.”

For Manny Dingo, concerns are centred around inclusivity within “Drag Conversations,” as he states. “I look at things very differently than other folks,” Manny says. “In terms of Drag, I feel like I know when I’m in a ‘Drag Queen’ environment and when I’m just in a ‘Drag’ environment. I do often feel very privileged to be able to work in the spaces I do, I just feel the language surrounding Drag is very Drag Queen-oriented, so I am not sure if I am included within these spaces or stay away from these spaces because of this language. Plus, being an AFAB person as well, but also being Black, I feel there are a lot of different reasons why I could be invited into these spaces and I have to constantly remind myself it’s because I am talented.” Manny continues; “The tokenization of so many parts of me makes it hard for me to understand why I’m being booked. It would be nice to see Drag Kings be included in ‘Drag’ conversations more.”

Like many Queens I have talked to over the years, being in a safe environment is super important for Kings (and all performers): “A lot of people say Kings should be applying for shows and whatnot, as they do for POC folks and Trans folks,” Manny says, “but they have to understand that these spaces aren’t generally safe for us, so willingly going into these spaces is almost never something I, myself, want to do. I understand some do, and that’s okay for them.”

“I have witnessed in bars some Drag fans and patrons overlooking the Drag King culture,” Alexandher continues, “it’s also evident in the words we hear daily… It’s very uncomfortable to be invited to ‘Drag’ shows and the MC or host continuously say ‘tip your Queens‘ or ‘Aren’t these Queens beautiful?’ Or my least favourite, being misgendered and called ‘She’… but nobody bats an eye because we all understand Drag language to be more directed towards Drag Queens. It diminishes and belittles Drag Kings and their art and Drag expression. People never think or talk about it because ‘Drag fans’ have little or no regard for Kings and the work they have put into the Queer communities… for decades!”

With all of this said, I wondered where these three interviewees want to see Drag King culture be taken to in five years?

For Alexandher Brandy, his response was quite direct. “I really just want to see Drag Kings appreciated for the art they do. I want to see as many AFAB folks on stage with the AMAB folks every single night, and then I want it to go a step further where it doesn’t matter how someone was born, the balance of performers happens naturally.”

Manny Dingo echoes Alex’s response, saying “Kings have been performing and working alongside Queens for years; I would like to see Drag Kings included in the conversation of Drag. As mentioned previously, I feel it would be important to know that not just Kings existing in the Drag world but also AFAB folks being included in this conversation, and the understanding that AFAB folks can be Trans as well. I would like to see performers of colour reach the same heights as our white counterparts, Drag Kings/monarchs reach the same heights as our Drag Queen counterparts, and to see more Trans folks taking up space and feeling just as safe as our cis counterparts.”

Continuing the spirited answer, Clint Lyckher invokes, “I have been a huge part of the Drag movement for male entertainers. I have gone from a Bio Queen to a gender-bending Queen to an unknown Drag King to a renowned performer. I still provide support and advice to new and current entertainers but I would love to see the scene have more Drag King presence. I want to see show-stopping performers that are masters of illusion and with the skills of a seasoned entertainer – Drag Kings that are magic on the mic and masters of working a crowd!”

It is important to note that this article is not about taking anything away from other groups of artists whatsoever. The community should have love and space for everyone, so it’s important to shine a spotlight on the talented and hard-working (yet underrepresented) Kings and help them foster an environment where they are both safe and celebrated.

In the words of Manny Dingo: “Maybe I’m asking for a lot in the next 5 years, but I’m also pretty optimistic. And determined!” 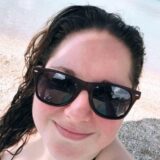